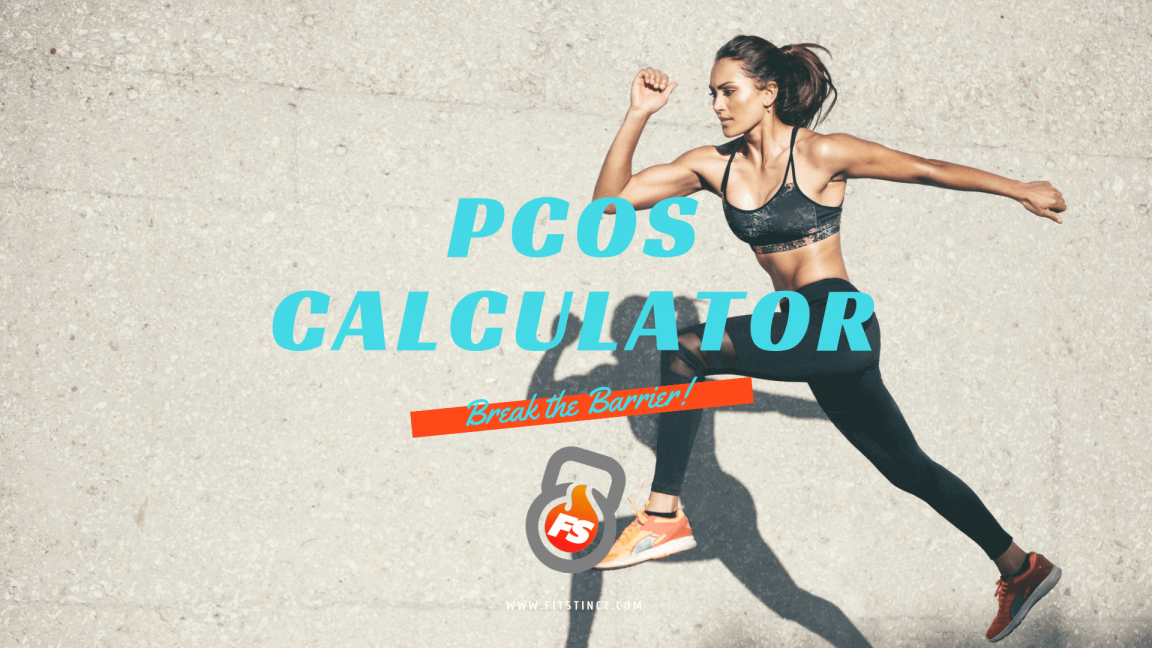 Polycystic ovary syndrome (PCOS) is a hormonal disorder associated with the endocrine system that is found in around 10% of women during their fertile years. This disorder includes the development of sac on the ovaries that are filled with fluid accompanied by hormonal imbalance as well as metabolism issues. PCOS is also associated with the onset of various other health conditions from high blood pressure and cholesterol to insulin resistance, type 2 diabetes and even heart diseases.

Polycystic Ovary Syndrome is a hormonal endocrine disorder, which results in infertility issues in women. Because of the hormonal disorder, small cysts grow on the ovaries. These fluid-filled sacs or cysts, although harmless, are often the cause of unbalanced hormonal levels. It may also result in unwanted hair, acne, increased levels of androgen, irregular and unpredictable periods, obesity, and other health conditions like heart diseases, diabetes, high blood pressure etc. Moreover, PCOS has become the most common reason for infertility issues in women as it prevents ovulation.

Women who conceive despite having PCOS have a higher risk of gestational diabetes, miscarriage, premature delivery, and preeclampsia.

You can be treated for PCOS symptoms, and you can even get pregnant by trying different available methods. Sometimes the women with PCOS don’t even have any cysts at all, so don’t take the word ‘polycystic’ literally, as PCOS may or may not involve any cysts.

PCOS throws your reproductive hormones completely out of balance. Consequently, women face issues with their ovaries like menstruation cycle abnormalities. Hormones help our body in conducting different processes properly. The reproductive hormones are responsible for our menstrual cycle as well as our ability to conceive a baby. PCOS imbalances the following hormones:

Androgens are commonly known as the male hormones, but women have them as well. In PCOS, the androgen levels tend to get increased, which results in unwanted hair as well as issues in getting pregnant.

In PCOS, the body doesn’t react to the insulin hormone as it should under normal circumstances. Consequently, women with PCOS are at a higher risk of developing type 2 diabetes and insulin resistance.

Progesterone levels fall in PCOS. This decrease will result in missed periods and other menstrual cycle abnormalities.

The hormonal imbalances are responsible for creating issues in the ovaries. Normal ovaries release egg by the end of each menstrual cycle while in PCOS, either the egg isn’t developed, or it doesn’t get released during the ovulation properly. Concisely, PCOS results in menstrual cycle abnormalities, which lead to the following two issues:

The common symptoms of PCOS include:

Many factors play a role in the causes of PCOS, whereas the exact ones are unknown. Some of the causes include:

The women body develops androgens, also known as the male hormones, in small amounts. These hormones control the development of traits such as unwanted hair in unlikely areas. The higher levels of androgen in women prevent them from producing and then releasing eggs resulting in PCOS.

Insulin helps in controlling the flow of energy from the food we had into the body. In a state of insulin resistance, the body doesn’t respond to the insulin hormone as it does under normal circumstances, and hence, the insulin levels get higher. Most of the women with PCOS who also have weight management issues have higher levels of insulin.

The medications for PCOS treatment are given below:

One of the most used PCOS treatment is the hormonal birth control method, which can be anything from the pill, shot, patch to the hormone IUD or vaginal ring. Women who aren’t looking to get pregnant can use this method. This method makes their period cycle regular and reduces side effects like acne, unwanted hair growth.

The anti-androgen medicines diminish the effects caused by the increased levels of androgens such as acne, unwanted hair growth, and hair loss. Although these medications can cause problems in pregnancy and aren’t approved by the FDA.

Metformin is used as the treatment for type 2 diabetes alongside the PCOS symptoms. It is also not approved by the FDA. Metformin is known to improve the ability of insulin to lower the blood sugar level/ it also helps in lowering the androgen levels while promoting ovulation and weight management.

PCOS, a lingering disease, which affects a large ratio of women all over the world. Some of the extreme and uncontrolled cases may sometimes cause heart disease, infertility, and other health conditions. Here are ten such ways to help you manage your weight in PCOS:

1.    Remove the Refined Carbs and Sugar

Intake of the bad carbs can accelerate the prediabetic towards developing diabetes. These foods are rapidly broken down to minute molecules of sugar by the body and get dissolved in the bloodstream. This increase in the level of blood sugar arouses the pancreas for insulin production. The Insulin hormone helps to remove sugar from the bloodstream and secrete it into the bloodstream. However, when you’re prediabetic, the body cells grow resistant to the action of insulin and sugar level remains high while the pancreas keeps secreting more insulin to bring the levels down. However, if you keep taking these foods, managing your weight in PCOS becomes impossible. So, avoid these foods to regulate the blood sugar levels and be on the safe side.

Indulging in physical activity regularly is the best way to weight management in PCOS. As exercise helps to increase the cell’s insulin sensitivity, so, lesser insulin is needed to keep the level of blood sugar in control. Exercises like aerobics, high-intensity interval training and strength training help to reduce insulin resistance and blood sugar in obese and prediabetic individuals. So, engage in regular physical exertion to stimulate increased insulin secretion and sensitivity to help yourself in blood sugar regulation.

It’s important to avoid taking large portions of food if you are overweight while reducing the chances of developing diabetes if you’re already prediabetic. Since eating a lot of food at the same time causes high levels of blood sugar and insulin, which increases the chances of being obese. On the contrary, taking small and controlled portions can reduce this risk by a great degree. So, avoid taking large portions of meals and divide your food intake into the smaller portion to manage weight easily.

Addition of plenty of fibre to your diet plan helps with the management of weight by keeping the gut healthy. So, consume a good amount of fibre by eating unprocessed food to prevent the abrupt increase in the levels of blood sugar and insulin to reduce the chances of diabetes.

Vitamin D plays a vital role in controlling the blood sugar level. A study suggests people with low intake of vitamin D are vulnerable to all types of diabetes. Controlled research has proven that when vitamin D deficient people take vitamin supplements, the function of their insulin-producing cells improves normalising their blood sugar level and hence reduces the chances of increased blood sugar levels and diabetes significantly. Food sources that contain a good amount of Vitamin D include cod liver oil, fatty fish, and exposure to the sun also increases vitamin D level. So, consume vitamin D rich foods and supplements to optimise its level and reduce the hazard of diabetes.

Finding the right physician to help you with the treatment of PCOS and weight management is of the essence. Work in line with your doctor to figure out a holistic approach to deal with your PCOS while you can use the PCOS calorie calculator in order to manage weight in PCOS.

You need to select an item to continue

The final estimated price is :

ORDER MY WEBSITEreturn to previous step

Was our calculator useful?

No votes so far! Be the first to rate this calculator.

We are sorry that our calculator was not useful for you!

Let us improve this calculator!

Tell us how we can improve this calculator?

Back to Top
Close